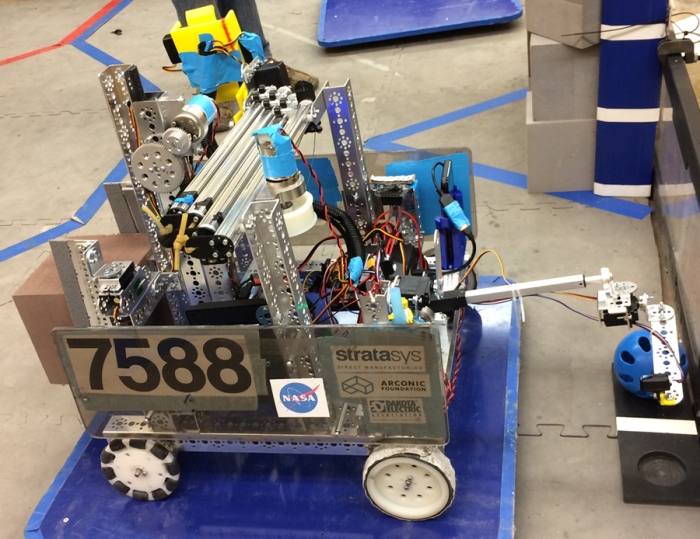 We started out with a tank drive system and an arm in the center of the robot that goes up and over the bot to pick up glyphs and place them in the cryptobox with as little driving around as possible. We discovered that the robot would have to drive around quite a bit to position itself in order to place the glyphs in each of the cryptobox columns. 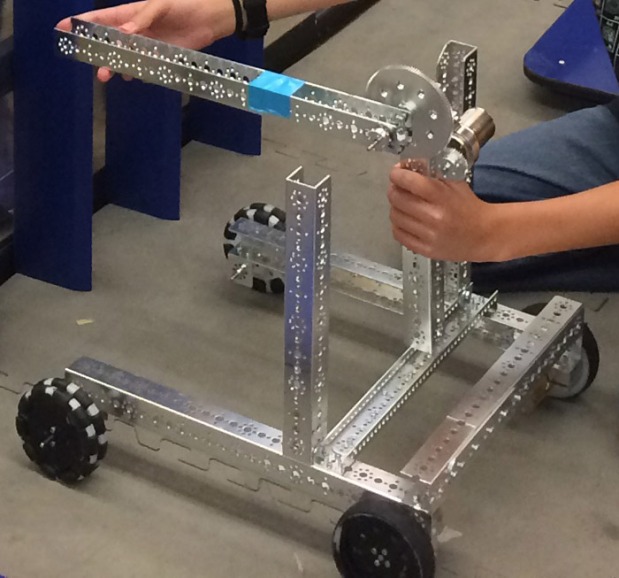 We also found out when designing for autonomous that the placement of the phone for Vuforia and the jewel arm would be at the back of the robot. This prevented the robot from driving easily to the cryptobox to deliver the glyph into the key column. We decided that holonomic drive would be a better option for autonomous and tele-op with glyph delivery. This way the robot could knock off the jewel and easily drive sideways to the cryptobox to deposit the glyph. 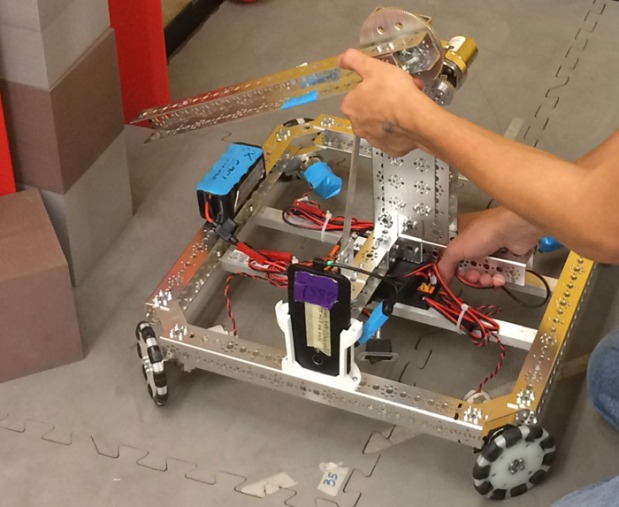 We designed corner pieces in CAD that would save space at the corners with the Tetrix C-channel pieces for holonomic drive (and keep our robot within size requirements). The glyph arm would still remain in the center and extend out in order to reach any position in the cryptobox and the glyph pit. We found out that the arm didn’t quite reach all the way down to the floor for glyph pick up and delivery, so we took out one side of the C-channel to create an opening at the front of the robot.

We decided to name our robot “Bumblebee” when we saw these corner pieces because they look like the Transformer named Bumblebee.

When we tested the center glyph arm, we found that it didn’t hold it’s position because it was too heavy as it traveled up and down, and gravity made it extend out when we didn’t want it to. It was just too heavy, too fast with the motor, and too dangerous! 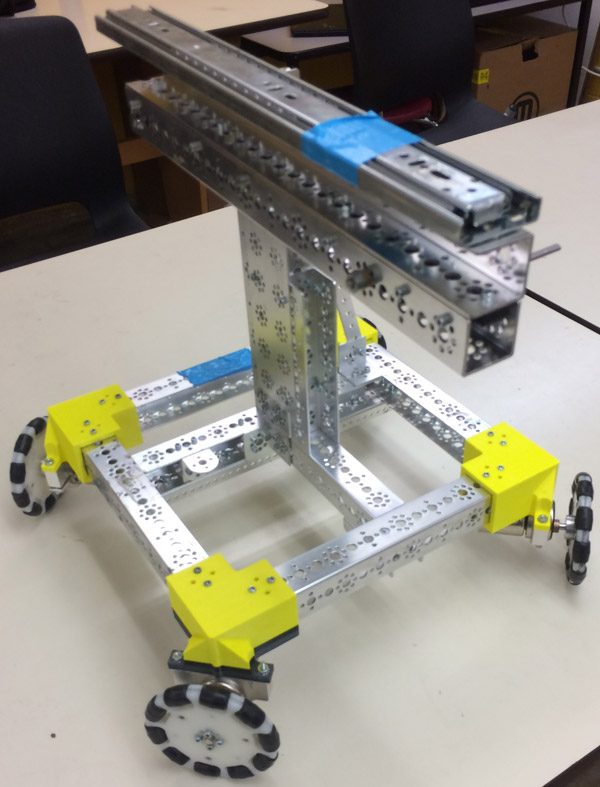 We designed “the box” in CAD and intended to use it with our holonomic drive chassis, but we quickly found out that the box would not fit within the opening at the front of the robot with corner pieces in the way. Even if we cut off the protruding part of the corner pieces, there wasn’t enough room for the box to fit. We also found out that with holonomic drive, the robot was not able to get onto the balancing stone, and that because the box was on the front side of the robot, holonomic drive no longer mattered. We would have to drive the robot just as much as with tank drive. 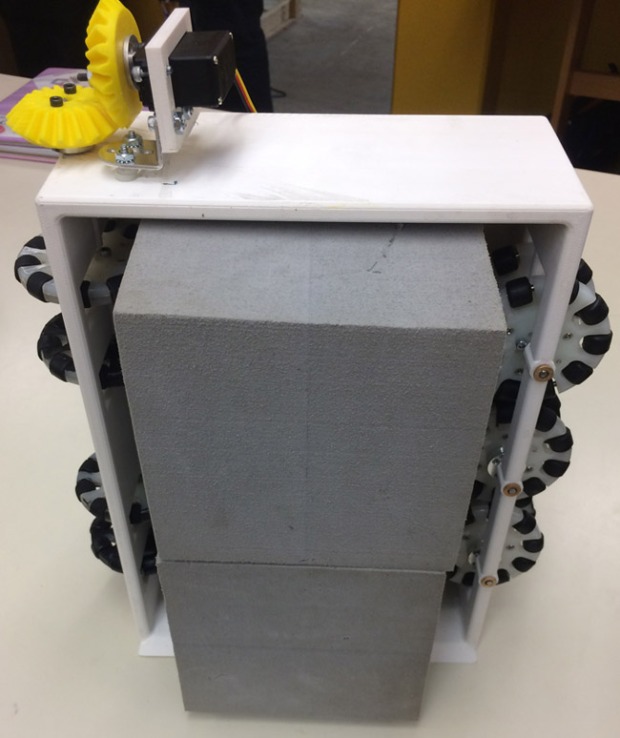 We went back to a tank drive system with the 3D printed box at the front of the robot, and the phone and jewel arm on the back. This would mean that we would have to drive the robot more, but it would accomplish a lot more of what we want to do in the game, and we would be able to get the robot on the balancing stone. 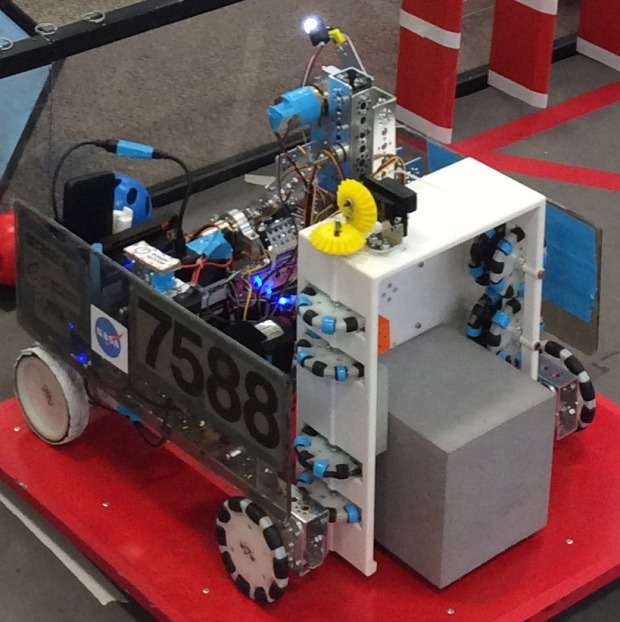 We found out at our first tournament that the box has it’s limitations, and was difficult to use. We decided to replace it with a lift system and a simple glyph grabber made from two servos attached to Tetrix plates with grip tape on them, that will close around a glyph or two and help deliver them into the cryptobox. 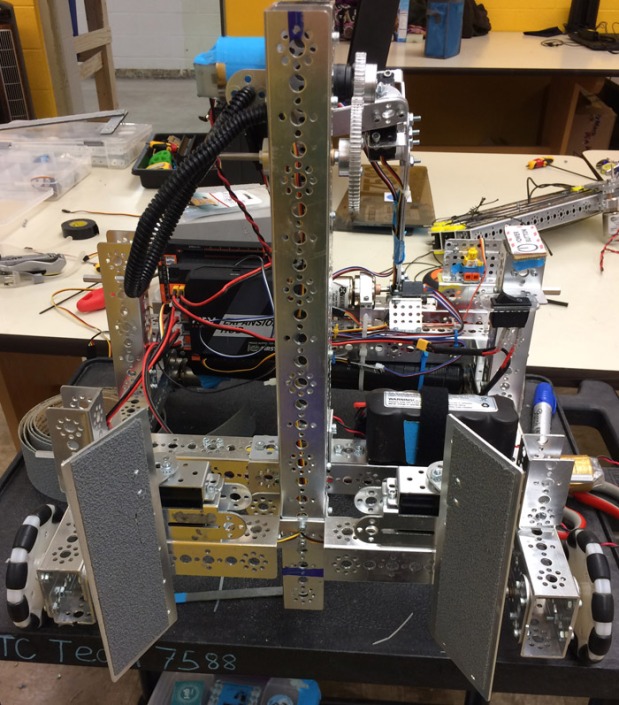 Our jewel arm (“The Stinger”) was changed out from a long Tetrix kit flat with a color sensor mounted on it, to a linear servo with a short flat and color sensor attached. This allows the jewel arm to stay within the 18″ robot size requirement. 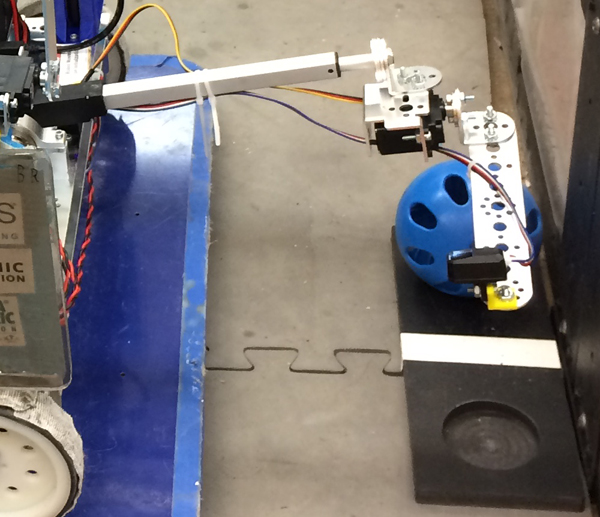 We are now focusing on an extending relic arm with grabber. We used Tetrix C-channel pieces with rack and pinion, pulleys, and kevlar string as a prototype and possible final assembly. This system is very heavy and difficult to get to function smoothly. We finally assembled an Actobotics X-Rail Kit (parts came in stock!) for our relic arm, and we are adding a relic grabber that was designed in CAD. 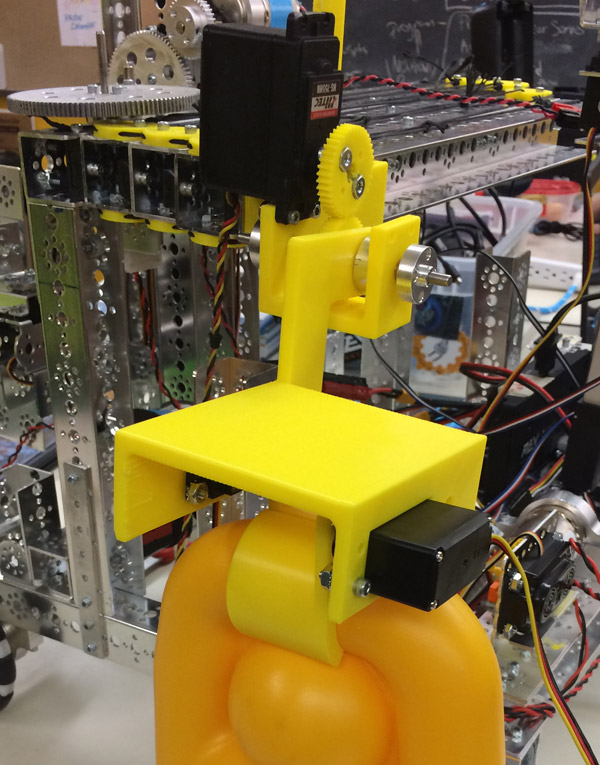 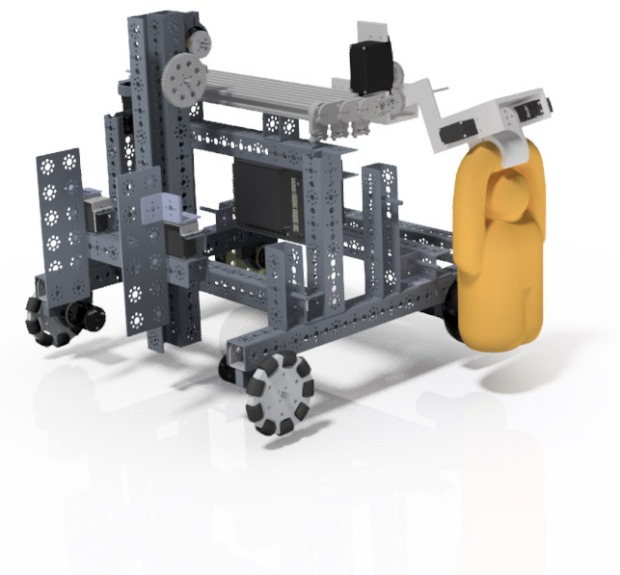 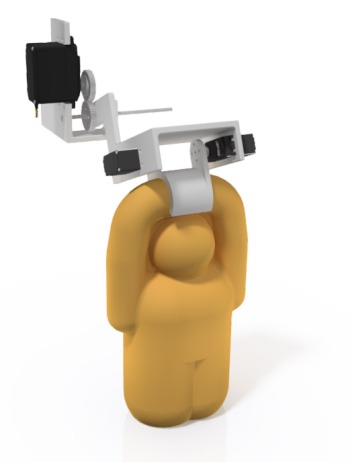 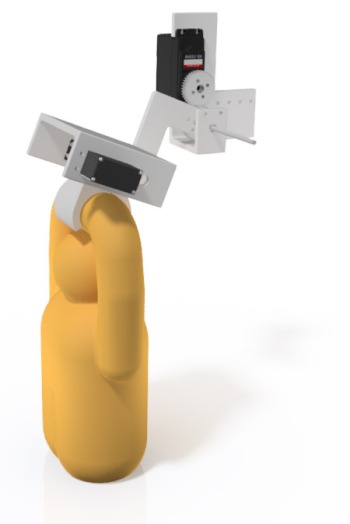 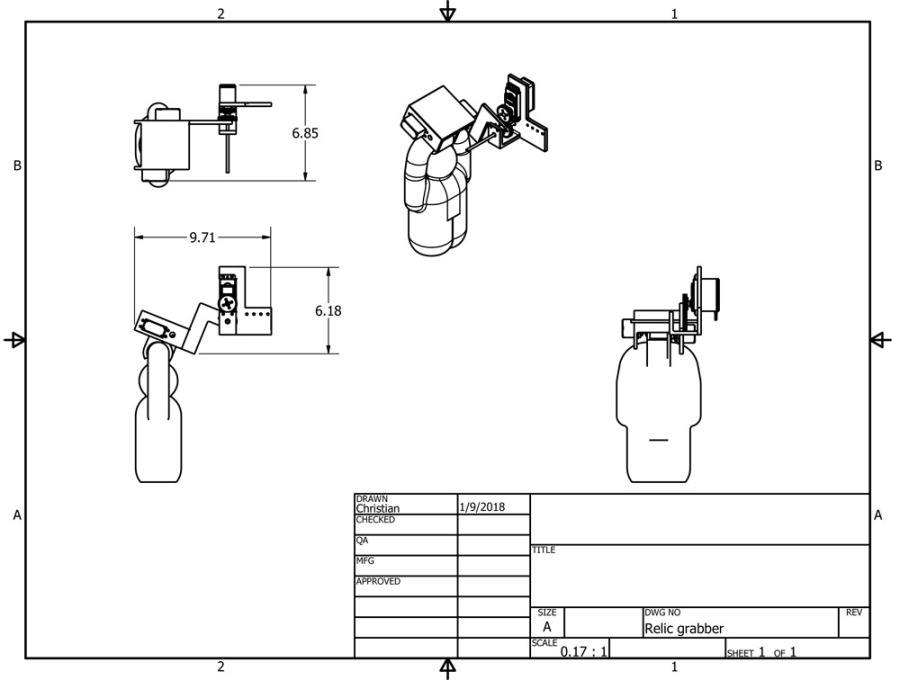 Thank you for all our 3D printed parts!

Send us an Email